Established for 21 years, Serviceline maintains and repairs catering and refrigeration equipment nationwide. Over 120 engineers provide maintenance services to a wide range of sectors including private business, local authority, healthcare, education and leisure customers. Offering a unique technology-driven customer support package, they offer local support and national coverage from a 10,000 sq.ft headquarters in Stevenage. Serviceline is owned by the Ali Spa Group of companies, which operates a £2b turnover. 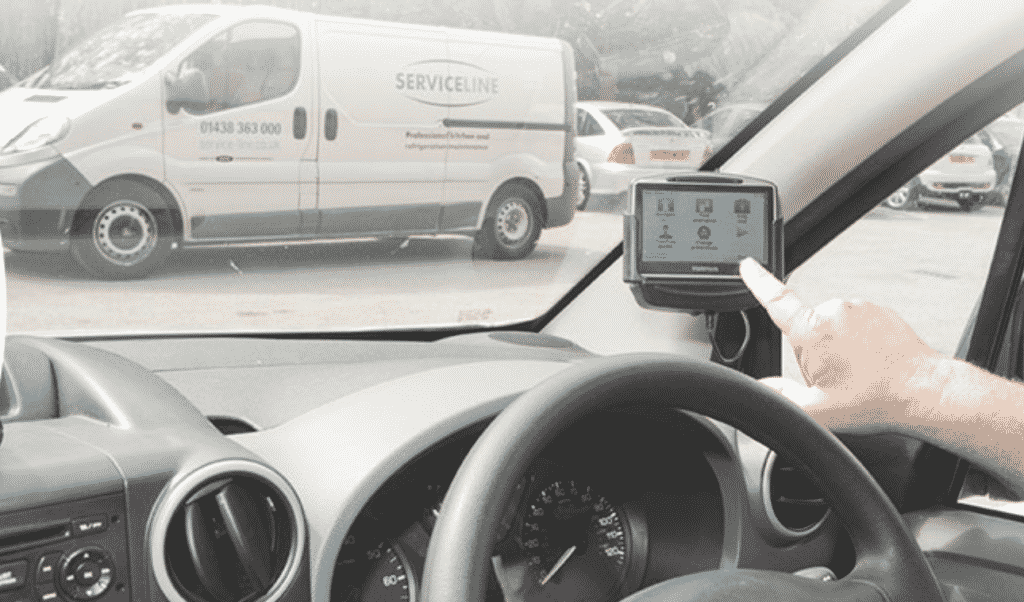 As a national service company supplying support to a large share of the catering equipment industry, Serviceline was looking for ways in which to improve its quality of service to customers, reduce costs, and improve efficiency. With over 100 vehicles within their fleet, it was becoming crucial that Serviceline obtained more knowledge about the whereabouts of the engineers, and reduced fuel and mileage costs. In addition, it was necessary that any chosen system would integrate with their current software, which allocates forthcoming job schedules to the engineers. Prior to the Webfleet Solutions installation, engineers were receiving schedules via voicemail, fax or email. Initially, Serviceline had trialled 15 units with another vehicle telematics organisation which proved unsuccessful due to reliability and support issues, and then following a recommendation, a decision was ma

Serviceline implemented a Webfleet Solutions solution consisting of a LINK 300 GPS tracking box with 10-second positioning, paired with a GO 7000 navigation device with 2-way messaging and LIVE services including Webfleet Solutions’s unique HD traffic. The system was implemented in December 2009 and has resulted in a number of benefits for the company’s engineers, office based staff, and customers.

One of the key priorities for Serviceline was to utilise a navigation system with live traffic information, and by doing so they have significantly decreased mileage figures and extended the life of the vehicles, which in turn reduces the lease cost. The solution has slashed the time taken by Serviceline’s office based staff to allocate and send jobs to the engineers. The Webfleet Solutions solution enables staff to view the driver’s destinations, ETA’s, and live traffic information, which benefits the customer by providing accurate estimated arrival times on demand. This is imperative in the catering industry, where timing is paramount.

Mark Hensley, Commercial Director at Serviceline says, “We are now able to communicate job schedules using an automated system, which has saved time and money, our drivers know well in advance where they need to be, instead of awaiting a fax or email. The Webfleet Solutions system was implemented as part of an organisation wide initiative to save costs, as a result we were able to achieve a consistent 18% reduction in fuel usage at a time when fuel costs rose by up to 30%. The key areas contributing to this saving are better routing, traffic avoidance and accurate private mileage claims. Our engineers are delighted with the system, as they avoid traffic delays and have accurate location details. It is a fantastic compliment that we have embraced the solution and it has become such an intrinsic part of our business. We know we have picked the right solution.”

The AFE Group have been so impressed with the rollout at Serviceline, that they are now talking to Webfleet Solutions about implementing the solution across their other companies.