South West Coaches is a family run bus and coach company based in Somerset. With a 112 vehicle fleet operating from 3 depots, the company offers a range of national and international services including public bus services, rural coach services, school runs, private hire, day trips, coach tours and holidays. The business is headquartered in Wincanton with two further depots operating in Yeovil and Portland. It employs more than 100 staff, which includes a dedicated team of mechanics to maintain the vehicles in house. Drivers are employed for their flexibility in handling a range of vehicles, as the fleet includes coaches and buses with seating capacities as few as eight and as many as 70. 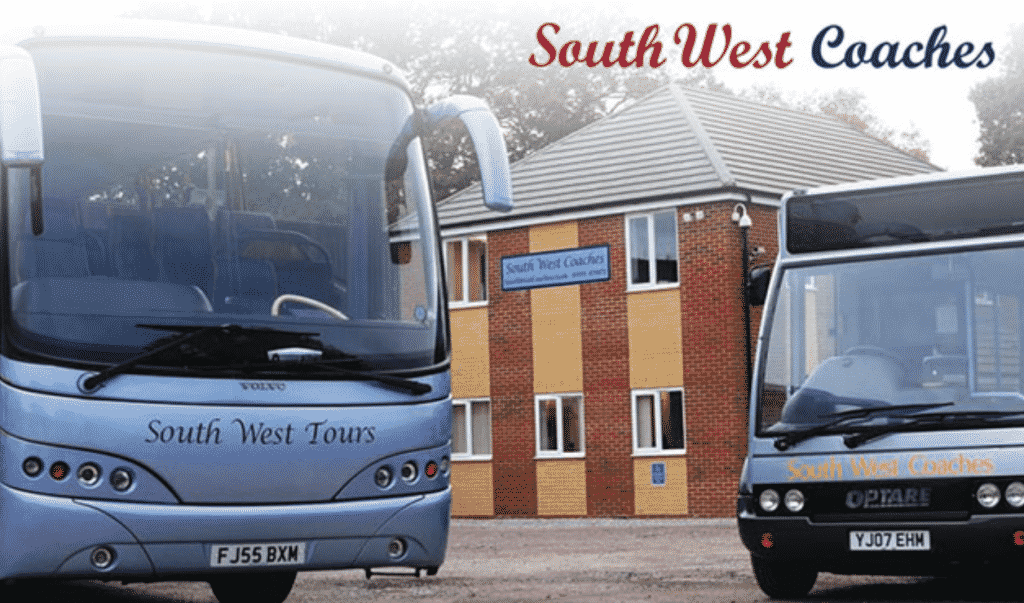 The Bus and Coach industry has been hit hard by rising fuel costs and subsidy cuts so South West Coaches needed to look differently at how to optimise its costs. Handling between 250 and 300 vehicle movements a day, the company’s annual fuel bill averaged £1m a year, so fuel saving was right at the top of the agenda. Improving the company’s green credentials was also an important consideration. A core objective was to choose a system that would pay for itself as a result of the fuel saving benefits identified. It needed to have clear visual aids to assist with business planning and have excellent tracking capabilities. It also needed to be quick and easy to use.

Working with Webfleet Solutions business partner Fleetview Solutions, South West Coaches chose the LINK 300 tracking device together with Remote LINK Working Time Units and WEBFLEET monitoring system. The system was installed in 30 vehicles in April 2012 and immediate cost savings were noticed, along with several other benefits.

Fuel consumption has reduced by 5% with the system on schedule to pay for itself within 12 months. This has been achieved via enthusiastic support from drivers, who have embraced a system which can identify clearly which driver was in control of a particular vehicle at any given time of day and can track driving style and performance. As a result, drivers throughout the company are adopting a more sympathetic driving style with more moderate breaking and accelerating, which in turn has resulted in reduced maintenance costs and greater customer satisfaction. Instead of viewing the tracking devices as ‘big brother’ behaviour, they regard them as a method of safeguarding their positions and are actively engaged in maximising their individual driving performances.

One of the biggest cost saving improvements has been in reduced idling times.

The tracking system, with its ability to identify in real time the location of any vehicle, has brought more than routing and scheduling efficiencies. With many of South West Coaches customers involving the transportation of children, this facility has been a significant benefit in tendering for new business and contract renewals as it is regarded as an important safety feature.

There have also been savings in man hours, with Inspectors who previously had to monitor public vehicle route scheduling via roadside checks now able to conduct most of their checks via the real time computer systems in the office.

Alan Graham. Managing Director of South West Coaches said: “We chose the Webfleet Solutions system for its speed of application, ease of use and accuracy of navigation. Other systems are extremely complex in comparison. We have been delighted by the fast payback on our investment, having saved 5% in fuel in a six month period. The benefits were immediate and tangible and Webfleet Solutions has become a critical tool for driving costs down and encouraging better driver behaviour. It has certainly given our business a leading edge.”